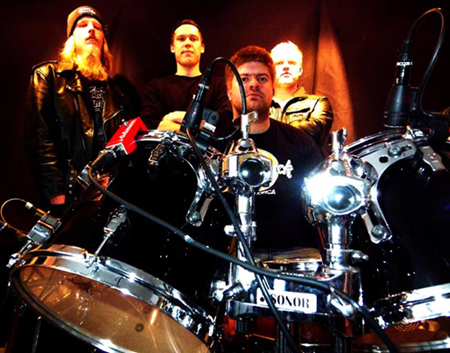 Album title: (t.b.a.)
Tracks recorded: 14 (inc 2 covers)
On the album: 14
Songwriters: Slettebø/Mydland. Grøsfjell/Grøsfjell
Time in studio: Recording: Feb 20-29th 2016. And then back in August for the rest.
Mixed: March 2016
Produced by: Andy La Rocque
Mixed by: Andy La Rocque
Mastered by: Andy La Rocque
Record Label: Sleepwalker was released on Punishment 18, while this record we hope to have another Record Label releasing it.
Artwork: Has not been done yet, but ofcourse it will be Mario Lopez
Release date: We hope for 2016.
Video: In the planning and will hopefully see the light of day soon. 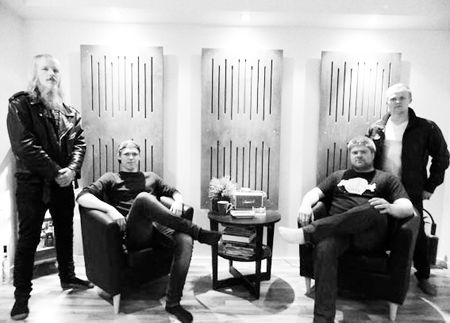 Any pressure to follow up Evil Never Dies & Sleepwalker that got great reviews world wide?
Chris: When we recorded Sleepwalker and was set to release it, yes we felt the pressure.
The worst review for Sleepwalker was 8/10 so that pressure have now moved to the next one, but I still think it’s the best record we have ever made! (the new one that is)

What is the story on the new album?
Egil: Cant really Say that much yet. It is definetly the best story yet, and you may meet some people from previous album, even one from both our previous records!

What is the biggest difference on this new album and Evil Never Dies & Sleepwalker?
Eimund: Sleepwalkers big difference was the songs. Evil was Thrash from start to end, but Sleepwalker had more variety. Acoustic guitar, Clean guitar, a “Ballad” if you will.
Bjørnar: The next album have gone even further in differences. It is still Horror Thrash, but with a lot of inputs. Instuments never used by us before and so on.

Which of the new songs are you looking forward playing live the most?
Christer: Probably intro, Lawless Whiskey, Kluvning and Bjeffefant (which are working titles of course) .

You have been working in Varberg & Sonic Train Studios since 2011. Does it feel like a second home by now?
Christer: To me it feels like our first home. We have been here twice a year since 2011, which is awesome, and we hope to keep it that way for sure.
Egil: First home for sure. The magic in this studio is electric!

What is the best things about working in Varberg and with Andy again?
Christer: Like always it is the amazing chemistry and friendship we have going on. Work gets done even if there is a lot of goofing around.
The best thing is to be back and working again and creating awesome music.

Any guests on the album?
Yes! We just had a major hero of ours in for some guesting and as it is right now, I hope for a total of three guests on the coming record.
Who, you will have to wait and see, but they are all so talented and highly respected musicians!

You toured with W.A.S.P. in the fall of 2015 in Sweden and Norway. What was the highlights of the tour?
Chris: Well it sure was not Blackie haha! The highlights was the energy from the crowd, especially in Norway playing direct support meaning about 1000 people in fron of us.
Meeting all the people after the show, wanting a photo or a signature etc. Also just being out playing music live with your best friends and meeting new people is awesome.
Especially the guys in Dynazty that taught us a lot. Its good to be out there learning and just having the time of our lives!

What is the best and the worst part of touring?
Egil: The best part was to be on tour and having large crowds, and meeting new fans everyday.
Chris: The worst thing was the divaness of Blackie, simple as that. Michael Denner has a saying that, the nicest people in this business is the best players in the business, well he is damn right.
Needless to say Blackie was nowhere near nice, BUT a magnificent tour it sure was!

Touring plans for 2016?
Eimund: Still in progress, as we really have to finish this ongoing record, but we really hope to get out there this year!

What was the latest cd you bought?
Christer: Ugly Kid Joe – Uglier than they used ta be
Egil: Slash-World On Fire
Eimund: Social distortion – Between heaven and hell
Bjørnar: Beth Hart-Better Than Home

What is the best concert you’ve been to?
Christer: King Diamond at Sweden Rock 2012! Insane power and magic onstage and all the guests etc. Also worth to mention is Ugly Kid Joe in Oslo in 2013.
Egil: Iron Maiden Bergen 2014 Maiden England. The best production and the best songs live i have ever seen.
Eimund: Probably Slash with friends at Quartfestivalen Norway 09. First big concert, 30 degrees, cold beer and Ozzy Osbourne with a water cannon.
Bjørnar: Bon Jovi (Egil, kå årstall va d?) Sold out Ullevål stadion, 30000 people, lots of rain in between the sun, played for almost 3 hours, amazing experience.

Favourite movie?
Christer: The Woman in Black, Pick of Destiny, Dumb and Dumber .
Egil: The Lord of the Rings: Return of the King.
Eimund: I’m always back and forth between some movies, but maybe Shawhanks Redemption. Book.
Bjørnar: Cast Away 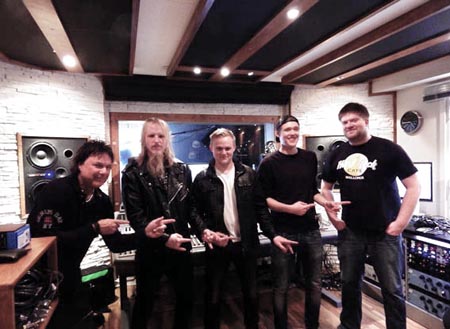 Sonic Train Studios:
The best place on earth, in the best city on earth. The thing is that Andy keeps investing in stuff and the studio keeps getting better and better, which i thought were impossible.
When i build a house it will be design to look like the studio hah!

Andy La Rocque:
The smartest and best producer we could dream of. Tons of ideas.
When we ogo to the studio to start recording we always have a vision, but then it becomes a million times better just because he’s producing.
The fact that he is the best guitar player in the world does not hurt either.

Varberg:
Everything is perfect. Food, drinks, streets, absolutely nothing negative to say about it.
All the people we meet are so nice. Many cool locations, like for example the fortress! 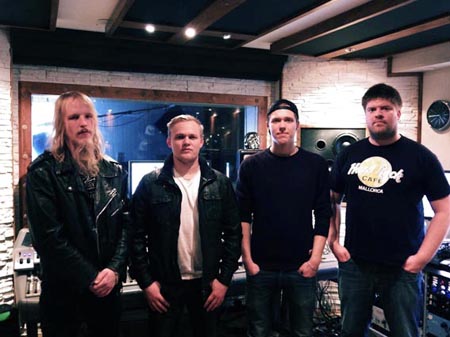 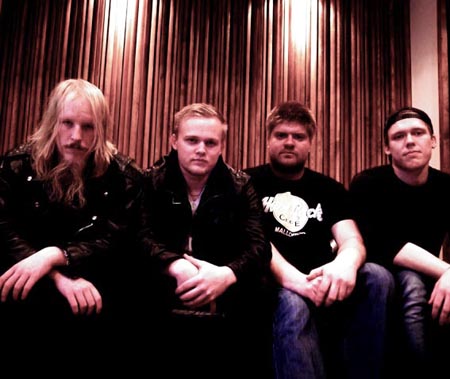